According to legend, this lump of stone was used as a chopping block for executions during the 15th century. It is displayed beneath a canopy of iron bars on a plinth on Mote Hill overlooking Stirling Bridge, and can be reached via the Back Walk footpath from Lower Bridge Street. ****** Der Beheading Stone wurde … END_OF_DOCUMENT_TOKEN_TO_BE_REPLACED

Portencross Castle, also known historically as Portincross Castle, is situated in Portencross, on the west coast of Scotland. The site has been fortified since the 13th Century. The present building is thought to date from the 14th Century and later. The castle was one of the buildings featured in the 2004 series of the BBC … END_OF_DOCUMENT_TOKEN_TO_BE_REPLACED

Gothic style church situated on the east side of the B 7024 and north of the Brig o’ Doon Hotel. Rectangular in plan with transepts. The Belfry at the west end, stands to about 22 metres. The interior is notable for exceptional stained glass windows by Keir and Clayton & Bell. Built in 1858 to … END_OF_DOCUMENT_TOKEN_TO_BE_REPLACED

This Site Is in English And German 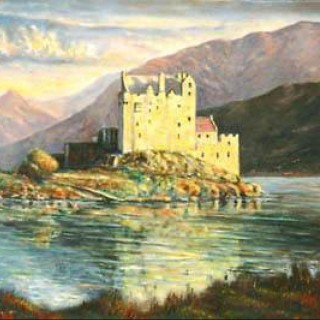 I have been interested in Scotland, since I was a thirteen year old girl. I first visited the country in 1994. Since this time, I have visited Scotland eighteen times. Most recently in September 2019. I like the country, the history and the people, the books of Sir Walter Scott and Diana Gabaldon. There is no other place on earth, that I would rather be.

Come on an adventure!

Cultural Musings of An Outlandish Nature

capturing the world we live in

The latest news on WordPress.com and the WordPress community.